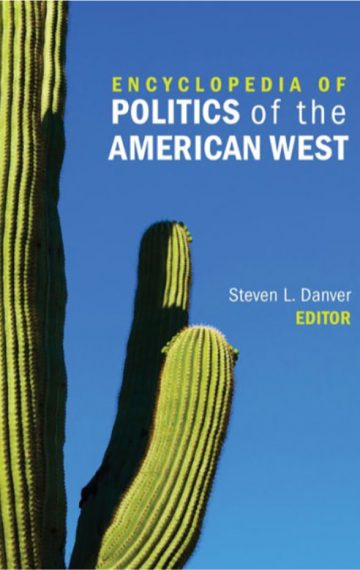 This is the first comprehensive treatment of this sort on Western politics. The perspective, much like the subject itself, is interdisciplinary and accessible to readers seeking perspectives from multiple disciplines. It deals extensively with both the traditional dimensions of Western politics (elections, urbanization, natural resources, personalities, and immigration), and also with under-treated topics such as women in Western politics, and the scholars and writers who shaped the study of the West.

The principle focus of the volume is the 20th century transformation of Western politics and the emerging patterns in the 21st century. Particular topics of the 19th century political experience in the West are also given substantial treatment, especially as the events of the settlement and urbanization of the region give shape to the topics and political events of the 20th and 21st centuries. The scope of topics covered includes major political actors in Western politics, significant political events in Western politics, unique institutions and practices of the West, political movements and organizations, and major theories of political behavior, institutional organization, and political change that are important to discussions of the politics of the West. However, the area of largest attention is the unique role that the natural resources (water, oil, minerals, land, etc.) and their exploitation have played in the political development of the region. As race relations may be considered one of the bellwether topics of Southern political history, so natural resource development (along with population growth and American Indian politics) is one of the dominant topics in the West.

Review: Encyclopedia of the Politics of the American West

While there are any number of reference works regarding the Western states generally, this set, which appears unique in its examination of the intersection of geography and politics, sets a high bar for subsequent forays into this field. Highly recommended. – Library Journal, December 2013