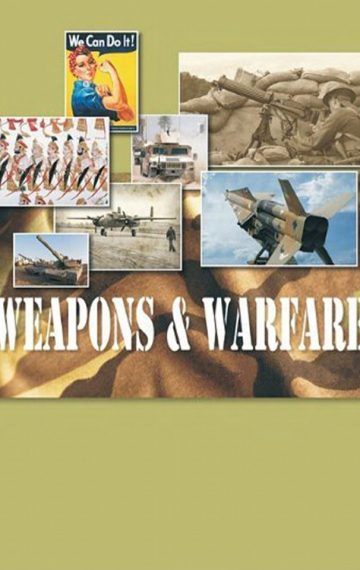 Originally published in 2002, Weapons and Warfare, Revised is designed to meet the needs of students seeking information about weaponry, tactics, and models of warfare from ancient times to the present, worldwide. Written with the needs of students and general readers in mind, the articles contained in this set present clear discussions of the topics, explaining any terms or references that may be unclear. The focus on the technical and strategic development of weapons and tactics, more than on a narrative chronological history of events, allows students of history, political science, science and technology alike to gain a broad understanding of the technological and strategic advances made over time and geography. The new third volume adds the essential dimension of placing these topics in broad social, cultural, and political contexts.

Approximately 140 topics arranged chronologically and thematically, with volume 1, Ancient and Medieval, covering weapons and strategies from ancient times to 1500; volume 2, The Modern Era, covering weapons and strategies from approximately 1500 to the present; and volume 3, Warfare: Culture and Concepts providing valuable overviews of the way warfare, weapons, and military history have been expressed socially, politically, and in the arts. Each essay ranges from 1,500 words to 7,000 words. The first two volumes open with overviews of major weapons groups (for example, in volume 1 “Clubs, Maces, and Slings,” “Sieges and Siegecraft”; in volume 2, “Swords, Daggers, and Bayonets,” “Rockets, Missiles, and Nuclear Weapons”), followed by chronologically arranged sections covering major historical periods and regions of the world and their contributions to military weapons, technologies, and strategies. Volume 3 touches on all sociocultural and political aspects of weapons and warfare: literature, film, society, science, ethics, and basic “behind the battlefield” theories, strategies, and policies.

“The new material adds value to this well-organized and accessible resource, which would be a good addition to high-school, academic, and public library collections.”
– Booklist, July 2010